I’ve eaten meat all my life. For me there’s nothing better than a nice juicy steak to accompany my pint of ale. Our lives in the West revolve around abundance and excess, and this is no more evident when I look at the shelves of my local supermarket. Animal meat and products made with parts of their bodies, are everywhere, even in places you wouldn’t think to look.

The realisation is slowly dawning on me that the consumption of meat (at least factory processed shit) is at best hypocritical, at worse plain evil. Whether I want to be a good or evil person has become a preoccupation as I approach the big 3-0. I’ve observed in recent years how easy it is to ignore morality in the interests of personal gain, or just to be thoughtless.

Having had some time to think about it, I’d like to leave the world in a better place than I found it. Moreover there’s no denying the sense of satisfaction derived from having a positive impact on the world. So it’s with this context that you must judge my following argument. You may not give two hoots about the world and the increasing probability of its destruction. In which case it probably isn’t worth you reading the rest of this blog. If however, you are someone who thinks more deeply about these things, then read on.

I’m listening to an Audible book called “The Philosopher and the Wolf”. This is a rare occasion when you can judge a book by its cover. This is a semi-autobiographical account of a Welsh, rugby playing, philosophy professor, who raises a wolf cub he buys while living the student life in Alabama. It’s thoroughly engaging because it mixes everyday experiences with philosophical musings. This makes it humorous, interesting and accessible all in one. At least in my opinion.

There are two reasons why being a vegetarian is on the horizon. Mark Rowlands has convinced me that treating animals as inferior, or something to be used, is evil. At my most evil moments my ape brain is a calculation machine, weighing up the personal pros and cons of a given situation and reacting accordingly. For example, an evil thought occurred this morning when my train was a few minutes delayed due to someone being ill on the train. Like the meat that I buy in a packet, I couldn’t see the other creature’s suffering. All I could feel was that I was going to be inconvienced. Similarly the modern way of consuming meat is a calculation without all the numbers. It’s an incomplete equation that we live our culinary lives by. Subject people to the reality of killing an animal for their lunch, and many would reduce their meat consumption, if not end it altogether. 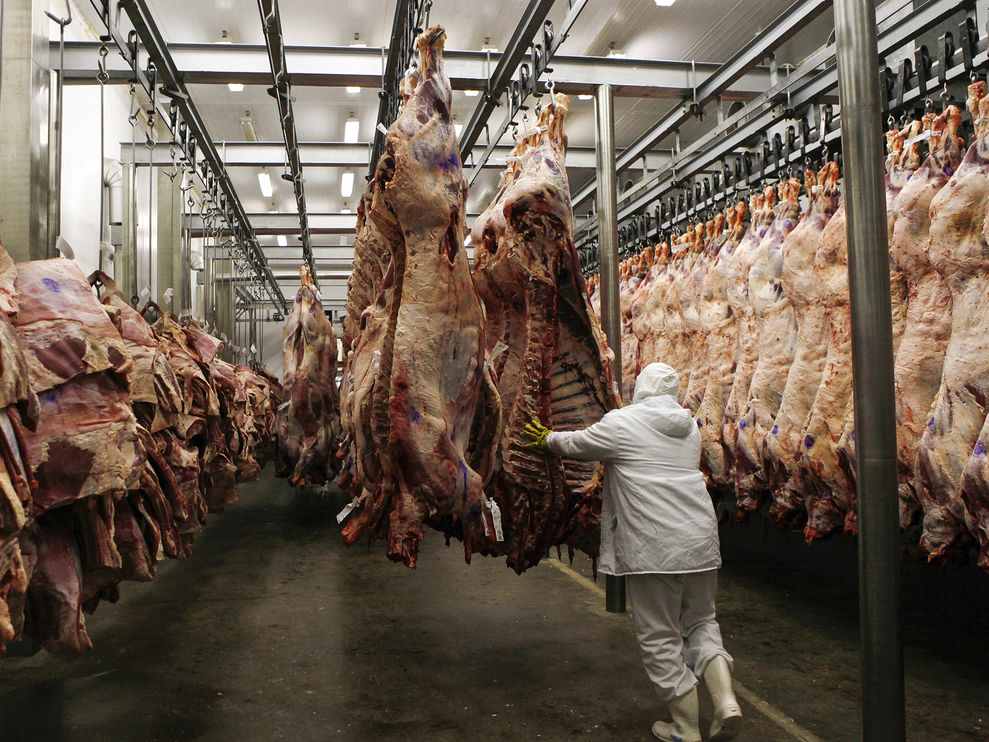 Secondly I don’t like killing animals; yes even spiders and flies. My instinct has always been to protect things that are weaker than me. Even if I’m not very effective and have, to my eternal regret, done the opposite in moments of excitement. Despite the fact I don’t actually kill anything directly in my consumption of meat, I do kill something indirectly. Not being there to commit the act doesn’t excuse me.

If I were handed a knife and told to kill a chicken for my sandwich at lunch, I don’t think I could do it. The balance of a life verses a sandwich doesn’t seem like the world makes a net gain. Vegetables and vege alternatives such as Quorn, like meat, are in plentiful supply. So why commit these casual acts of animal butchery everyday?

Many of you, I’d guess, are meat eaters. And you’ve done this out of habit or thoughtlessness most of your lives. The argument goes that it is natural to eat meat and everything that’s natural is in some way morally good. But by the same token, how natural is prejudice in society? Defining out-groups is definitely something that comes naturally to people, but it’s not a trait we want to nurture in ourselves. If you argue that we are morally excused by nature and you take that argument to its logical conclusion, it is as careless as the person who utters it.

I’ll finish by saying, don’t worry to all those who want to serve me meat at their table. I love the taste of meat and I won’t inconvenience you by demanding my vege pretentions be met. Vege evangelicals piss me off as much as the next guy. But perhaps I can set an example for other people who think the same way I do. For myself, I hope I can be strong enough in my convictions to stay the course, as my moral compass is ever unreliable. I feel pretty confident though, that this is the right thing to do.